LaGRANGE, Ohio – In sports it’s an axiom known as “next man up.” The challenge, particularly in high school and college sports, is replacing injured or graduating players with similar talent. Equal parts depth, development and determination, it’s a matriculation through the ranks, a graduation from them, and then a rinse-and-repeat with an upcoming class. And to do so at a championship level is a worthy and impressive accomplishment.

“Worthy and impressive” would be an understated but accurate way to describe the continuation of dominance in the Great Lakes Conference by the Rocky River Boys’ Golf team. In fact, words like worthy, impressive, understated and accurate would provide an apt description of the members of the 2018 team and their coach …

… players and a coach representing a program that earned its fourth consecutive GLC title on Monday.

Rocky River won the 2018 GLC Championship Tournament and the 2018 league crown with a masterful performance at Grey Hawk G.C. on Monday. The Pirates carded a team score of 328, finishing 19 strokes clear of second-place Bay.

In doing so, the Sons of Blackbeard followed the exploits of a senior-laden 2017 squad which went 18-0 in GLC matches before winning the 2017 GLC Tournament. These Pirates – after a rainout of the six-match GLC Preview in August – went 12-0 in sweeping their way to the program’s fourth straight title. (Rocky River also won the conference championship in the GLC’s first two seasons, 2015 and 2016.)

Junior Mac Milenius carded a career-best 76 over the 6,240-yard, par-72 layout on a cool, breezy, overcast day on 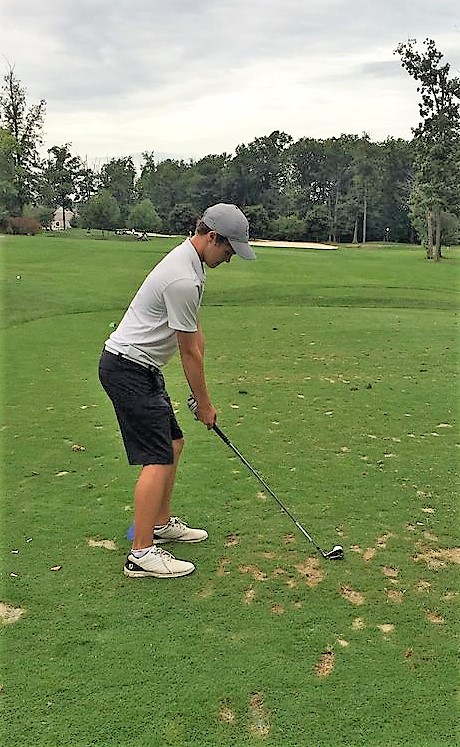 Monday. Milenius earned medalist honors with a performance that included an even-par front nine and three birdies overall. He was backed up on River’s four-man score by junior Ethan Mylett (81) and sophomores Will Bennett (83) and Hayden Weaver (88).

The Pirates’ team score marked their lowest in an 18-hole event this season.

“Posting that season-low on a challenging course really shows the growth this team has made,” said Head Coach David Hendrickson. “I’m so proud of this group. They’ve worked hard all season and consistently improved.”

Consistency is evident in the big picture as well. A senior-laden 2017 squad boasted the GLC Championship medalist (Ben Brej), the league’s Player of the Year (Brej) and three first-team performers on the All-GLC squad (Roni Shin, Will Bennett, and Ryan Dunning). The league’s Player of the Year and all-league teams are based on season-long scoring.

“The group changes, but our goals as a program have remained the same,” said Hendrickson.

Like taking turns on the tee, hole-after-hole, round-after-round. And for Rocky River Boys’ Golf, year-after-year.

80s HITS: Will Bennett comes out of the GLC tournament leading the Pirates in scoring, with an average of 81.8. Mac Milenius has logged a September mark of 82.3 in lowing his season figure to 83.6. Ethan Mylett’s 85.2 ranks as third on the squad.