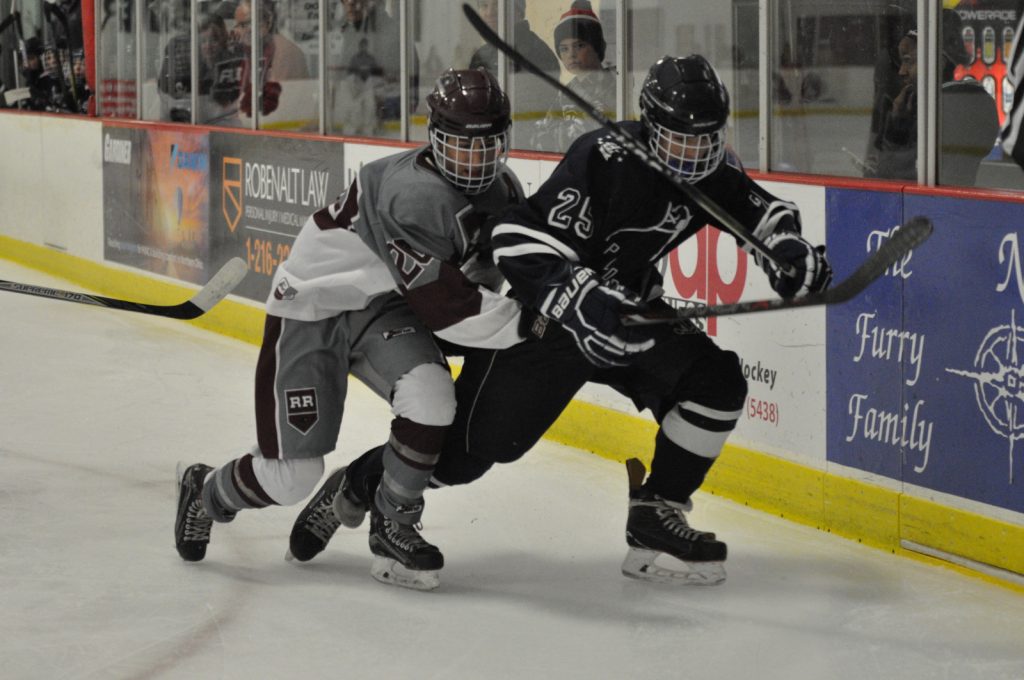 KENT, Ohio — What has been a winter of east-west, Hudson-River tussles on the ice continued at Kent Ice Area as the Pirates and Explorers battled to a 1-1 tie on Thursday.

Rocky River and Hudson had met on three other occasions this season, and the Pirates had prevailed in each of those contests. Two of those wins (by 3-2 scores on Nov. 25 and Dec. 8) were of the one-goal variety, and the Pirates rallied from a late deficit in the Dec. 8 meeting. River’s third win over the Explorers came in a 5-0 game in Shaker Heights’ Thornton Park Tournament on Dec. 23. All three games were tense and hard-fought — up to and beyond play covered by the rules of prep hockey. The trio of games were comprised of a slew of penalty minutes, some after skirmishes between players who have now skated over three hours against each other in 2018-19.

Thursday’s Greater Cleveland High School Hockey League tilt in Kent was a different story. A clean game with just three infractions whistled against River and Hudson — two against the Pirates and one against the Explorers. But still very much a hard-fought battle.

And the first volley of the battle came from the Pirates, when defenseman Tommy Kelly potted his 10th career goal 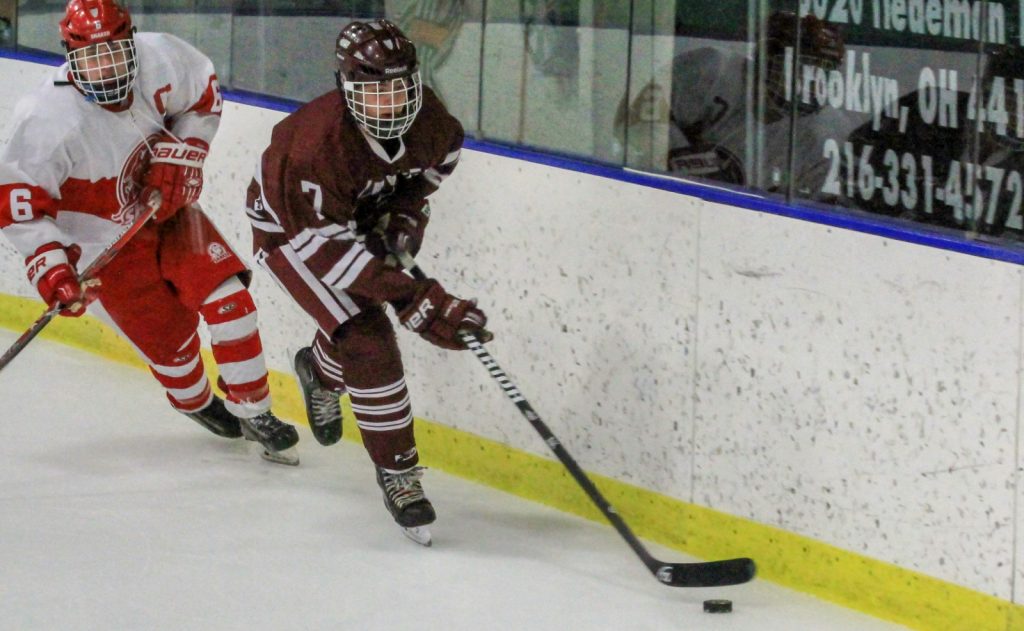 at the 9:44-mark of the second period. The goal came on a River rush up ice, and the senior captain banged home a slapper to lift River to a 1-0 lead. Kelly’s goal came after a scoreless first, a period that saw the Pirates out-shoot the Explorers, 9-4.

“We continue to have trouble finishing in front of the net,” said Head Coach Chris Cogan, whose Pirates have now gone winless (0-3-1) over their last four games. “Sometimes, its one pass or one move too many,” added Cogan, “and of late its a case of getting new combinations to produce for us.”

To Cogan’s point, the Pirate offense has now been held to just seven goals over its last four tilts.

The balance of the contest — the rest of the second, all of the third and the entirety of an overtime session — was controlled by the men manning the pipes. Will Hannon would finish the game with 36 saves on 37 shots for Hudson. Dannon’s opposite number in Maroon & White — Ethan Mylett — was credited with 16 saves on 17 Explorer shots.

Kelly’s goal marked his sixth of the season; all six have come over River’s last nine games.

Rocky River (12-7-3, 4-1-2) will have less than 24 hours to regather and reset for another test of its offense: the Pirate are slated to host the Kenston Bombers at Hamilton Ice Arena on Friday at 5:45 p.m.