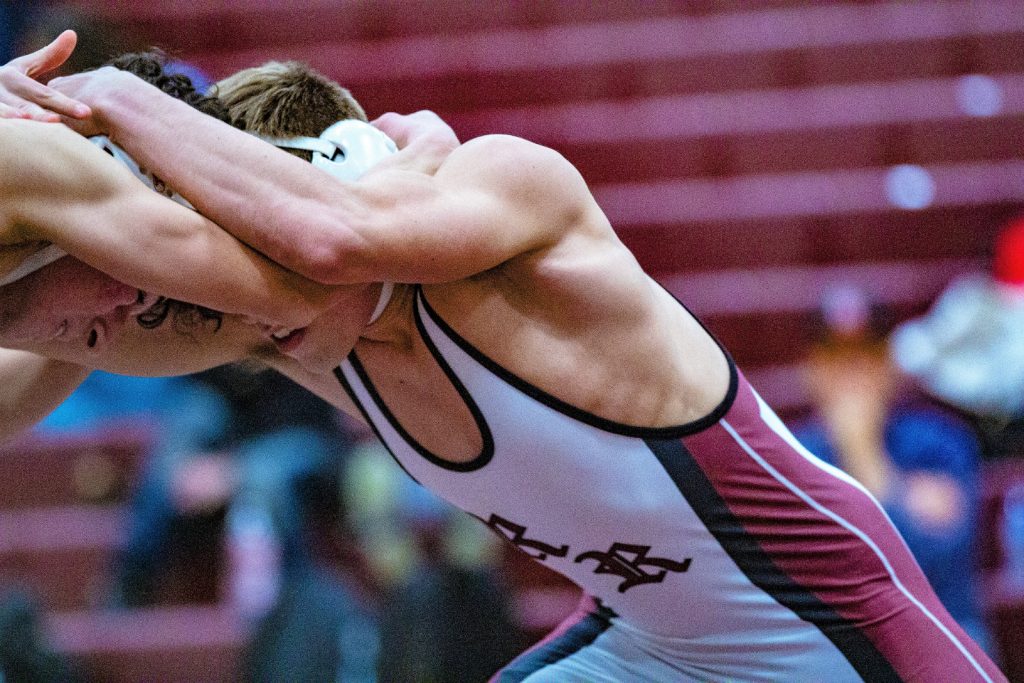 outset of what perhaps wasn’t a banner night on the scoreboard but one that surely was for a building Pirate program.

Appropriately enough, Bergin went 2-0 on the evening. The two-time GLC placer earned a hard-fought 8-4 victory over Holy Name’s Francisco Velez in his first bout. The son of Chris and Jessica Bergin then logged his seventh win by fall this season when he soundly defeated Parma freshman Rowyn Marler in the nightcap. Both Bergin bouts were at 126 pounds. 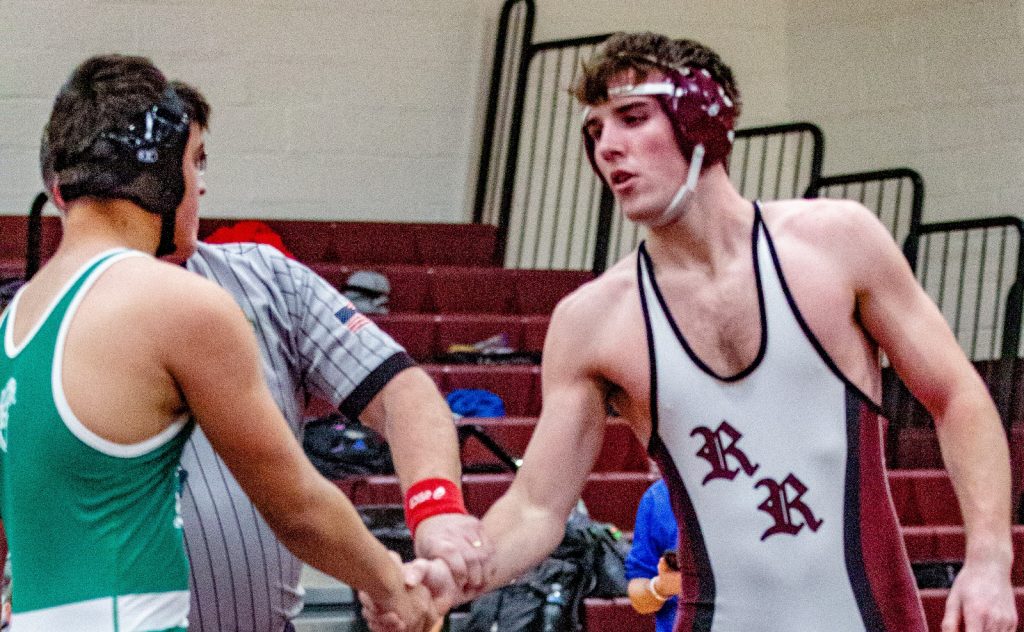 certainly have theirs, spelling of last names notwithstanding. Bergin’s senior running mate — Tommy Koch — gave the Pirates (4-10, 1-3 GLC) a lift early in the night when he pinned Holy Name sophomore Diego Coriano in the first period of an athletic battle at 182. The six-pointer earned by the son of Karl and Eileen Koch brought River to within 15 points of Holy Name (36-21) in a match the Pirates would eventually lose, 48-27.

Junior Mahdi Salti fed off the Koch-jolted energy in the building and dispatched junior Trevor Dotson in the next bout of that River-Holy Name match, pulling the Maroon & White to within nine (36-27) of the Green Wave. Holy Name finished off its victory with a win by forfeit at 220 and a win by fall at 285.

River’s final match of the evening came against a powerful and full-roster  Parma squad. The Redmen bolted to a 36-0 lead on the strength of a pin at 145 and five wins by forfeit. Parma senior Austin Lauber then defeated Koch, 8-5, in come-from-behind fashion in a taut, tense crowd-pleaser at 182.

Despite game efforts by Jake Adkins at 285, Ryan Maloney at 113 and Tommy Vacca at 120, Rocky River would eventually trail, 60-12, heading into the final tussle of the evening. That final bout proved to be the final home match of Josh Bergin’s career.

A senior send-off resulting in a win, a pin, and smiles all-around on the Pirate bench on a night that saw the program pay tribute to its 2019 graduating class, its past graduates and longtime assistant coach, Jeff “Bubba” Strauss.

It was a night with nods to the past, salutes to captains of a team in transition and signs of good things to come for River’s wrestling program.

TIP OF THE CAP: With his two victories in Thursday’s home duals, Josh Bergin upped his career win total to 58. The two-time district qualifier is now 13-11 on the season despite having fun through a gauntlet of talented foes. … Tommy Koch’s win on Thursday marked the 40th of his career. Koch is now 15-11 in 2018-19 and 40-29 for his career.