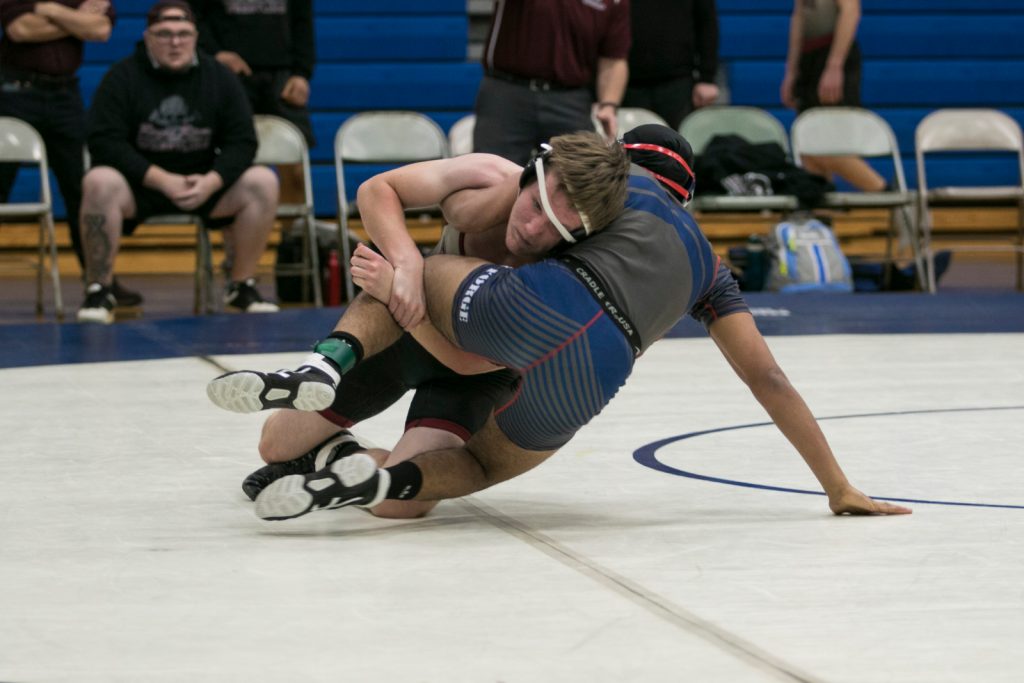 SHEFFIELD, Ohio — Rocky River was ousted by Firelands, 48-27, in Saturday’s opening round of the 2019 Ohio Duals Tournament.

An early 15-6 lead melted away when Firelands took every bout from 132 pounds to 170. The early Pirate lead was built on two Falcon forfeits and a 4-3 Josh Bergin win at 126 pounds.

The two sides would battle on the mat in six bouts; Firelands took four of those. River’s second win of the day came on a Tommy Koch win by fall at 182.

“We knew it would be tough to compete and win in state duals with all the holes in our lineup,” said Head Coach Dan Juliani, “but we wanted to get some matches in as well as see some of the competition we will see at sectionals and districts.”

Bergin battled back after yielding a first-period takedown in his match. His comeback win — a four-point third period in a 4-3 victory — runs his season record to 16-11.

“Josh had a great strategy going in and continued to attack his opponent,” said Juliani. “He wore him down, and that allowed Josh to score the decisive takedown in the third period.”