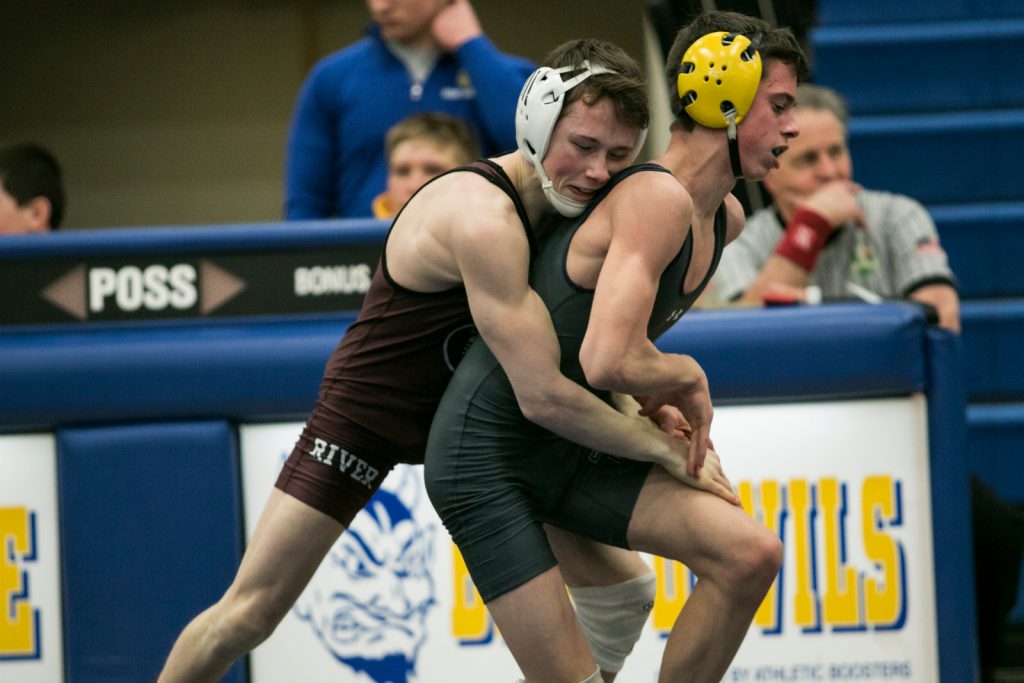 INDEPENDENCE, Ohio — Rocky River dropped both ends of a hard-fought non-conference double on Wednesday evening. The Pirates wrestled St. Ignatius Blue (a 31-27 loss) and host Independence (54-24 loss), going 6-4 over 10 bouts on the mat.

River lost to St. Ignatius in a match that featured four live bouts. The first of those four was a battle at 106 pounds. Junior Matt Williams nearly earned his 20th mat win of the season when he just missed on a pin call in the second stanza against the Wildcats’ Johnny Novak. Novak would go on to win a 5-4 decision.

“I think Matt was frustrated in not getting the pin, and that led to a late mistake,” said Head Coach Dan Juliani. “But Matt showed a lot in that bout, and we’ll be able to work on some things that help him in the postseason.”

The Pirates (4-15) got wins against St. Ignatius at 182 pounds (Tommy Koch third-period pin of 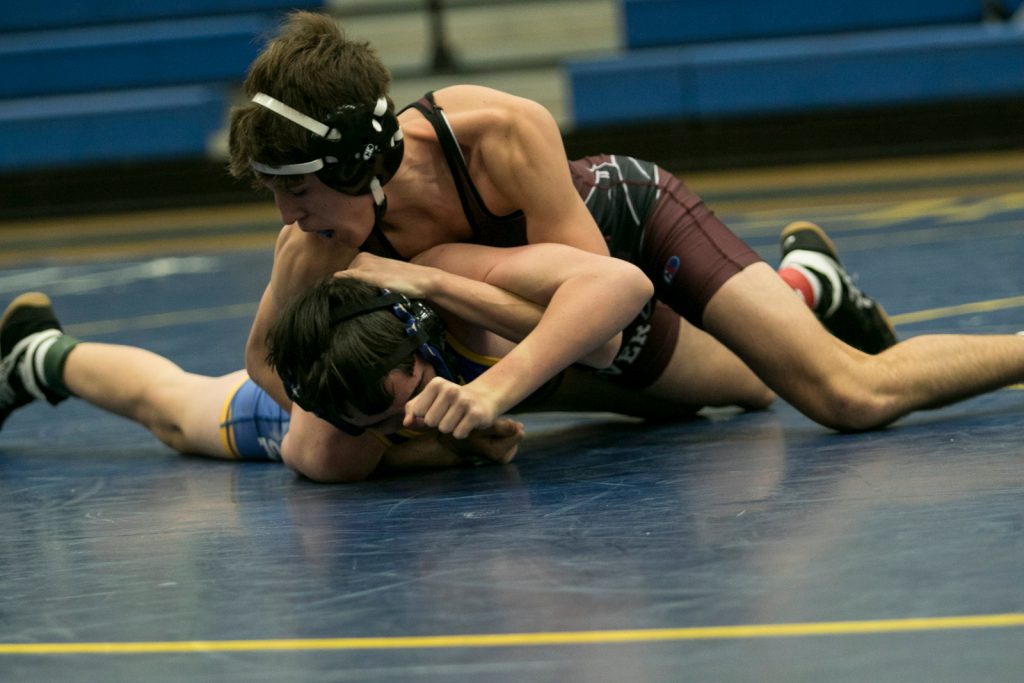 River’s match against Independence saw seven Pirate forfeits against just one by the Blue Devils. On the mat, Rocky River got wins at 120 (first career win for freshman Tommy Vacca), 126 (an 8-1 stranglehold on a decision for Josh Bergin), 106 (Williams’ 15th pin of the season) and 113 (Ryan Maloney decision over Collin Patton).

“I like the way Matt and Ryan bounced back from losses tonight.” said Juliani.

The career lid-lifter for Vacca came on a first-period win by fall over Joe Botzman. Bergin’s impressive victory came against 2018 district qualifier Richie DiGeronimo. Bergin is now 18-11 on the season; the senior captain is 7-0 since Jan. 12.