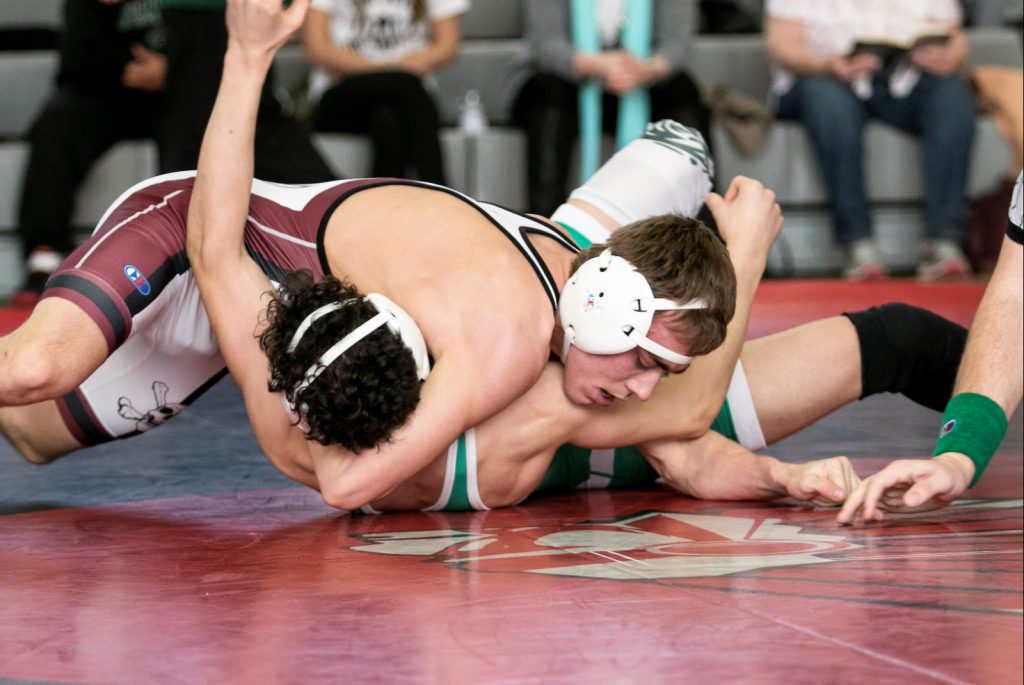 Bergin earned the GLC title at 126 pounds, becoming the first River wrestler since Aaron Kelly in 2016 to place first at the league tournament. Bergin logged two pins in claiming his crown on Saturday. He went 8-0 with seven pins in the GLC regular season and tournament combined.

Podium performances were also registered by Matt Williams (second at 106 pounds), Ryan Maloney (second at 113), Kai Delvinthal (fourth at 152) and Mahdi Salti (second at 195). The Pirates earned 76 points as a team. Bay won the tournament with 206 points. Parma (132) and Normandy (116) also finished ahead of Rocky River. Holy Name (71), Valley Forge (65) and Elyria Catholic (62) rounded out the seven-team standings in the event hosted by Parma High School.

“I’m very proud of how our guys performed,” said Head Coach Dan Juliani. “I’m happy for Josh and excited for a guy like Kai [Delvinthal] who earned his first placement in any tournament today.” 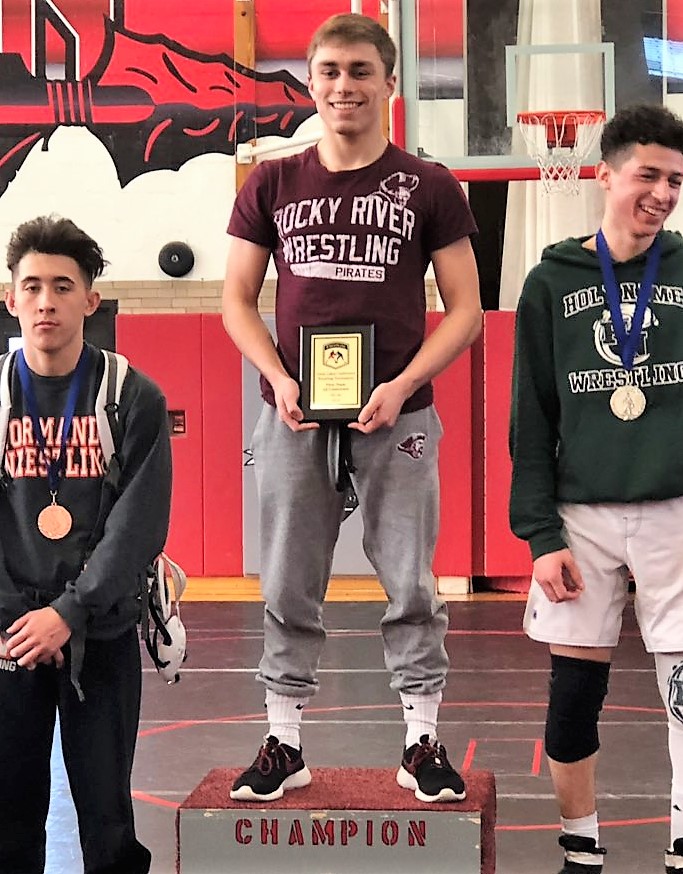 earn the top podium step at 126 pounds. Now a three-time GLC placer, Bergin ran his senior record to 20-11 with the twin wins on Saturday.

After a win by fall in the semifinal at 106, Matt Williams lost a hard-fought 5-1 battle against Bay’s Stephen Tepper in the final.

Ryan Maloney recorded a 6-4 overtime win in his semi before being pinned in the final at 113.

At 152, Kai Delvinthal flipped the script on a regular-season loss to Holy Name’s Mauricio Flores; Delvinthal soundly defeated Flores (a second-period pin with an 11-0 lead) in his opening match on Saturday.

Mahdi Salti went 1-1 at 182, pinning his first foe and being pinned by his second. Salti and Williams are now two-time silver medalists in GLC brackets.

“We’ve seen improvement throughout the year from all our wrestlers,” said Juliani. “Now our focus is on sectionals and fixing the mistakes we still make from time to time.”