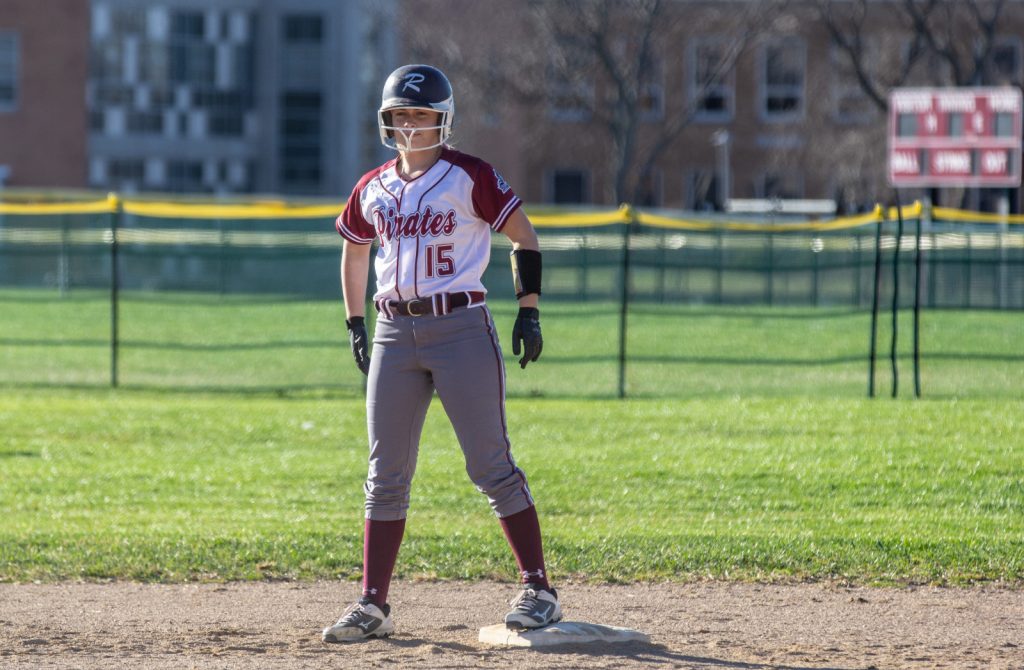 Rocky River scored runs in five straight innings – the third through the seventh – as the Pirates kept a recent offense surge going in the road tilt at Parma. River has now scored 44 runs over its last four games. The Pirates tied a season-high with 19 hits in the game; the Maroon & White have clubbed 38 hits over the team’s last two games.

The Pirates (5-8, 3-2 Great Lakes Conference) and Redmen traded zeroes over the first two innings of Thursday’s contest. Doubles by Nani Meese and Murphy highlighted a three-run third for Rocky River. Parma countered with two runs in the bottom of the third, but solid River pitching would allow the Redman to dent the plate again until the seventh.

The Pirates extended their lead to 5-2 in the fourth, 7-2 in the fifth and 9-2 in the sixth. Murphy hit her 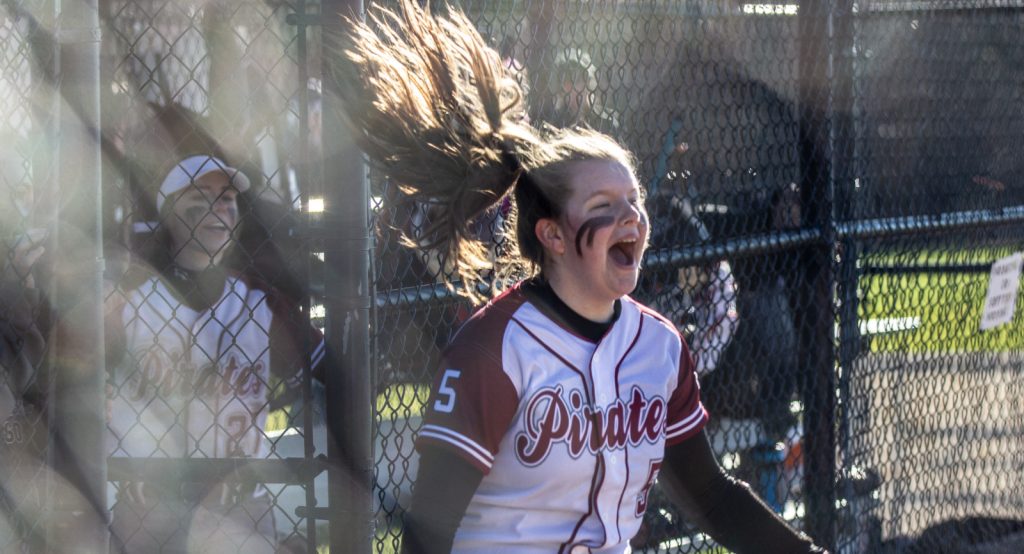 The seventh inning was a trade of five runs for two, as the Pirates closed out the 11-7 road win.

The Rocky River offense got two doubles from Lexi Aguilar and Kelsey Murphy and one each from Nani Meese and Marissa Smiley. Catie Wolons (2-for-5), Mo McIntyre (4-for-5) and Maire Kelly (2-for-4) added multi-hit games for a Pirate offense that went 11-for-18 (.611) with runners in scoring position.

River is batting .401/.471/.586 (batting/on-base/slugging) over its last four games. Murphy has four round-trippers over that stretch.

Thursday’s victory snapped a three-game losing streak for the Pirates.

WOMEN OF STEAL: Rocky River had five stolen bases (one each for five different base runners) on Thursday. The Pirates now have 22 thefts on the season. Maire Kelly leads the squad with six.