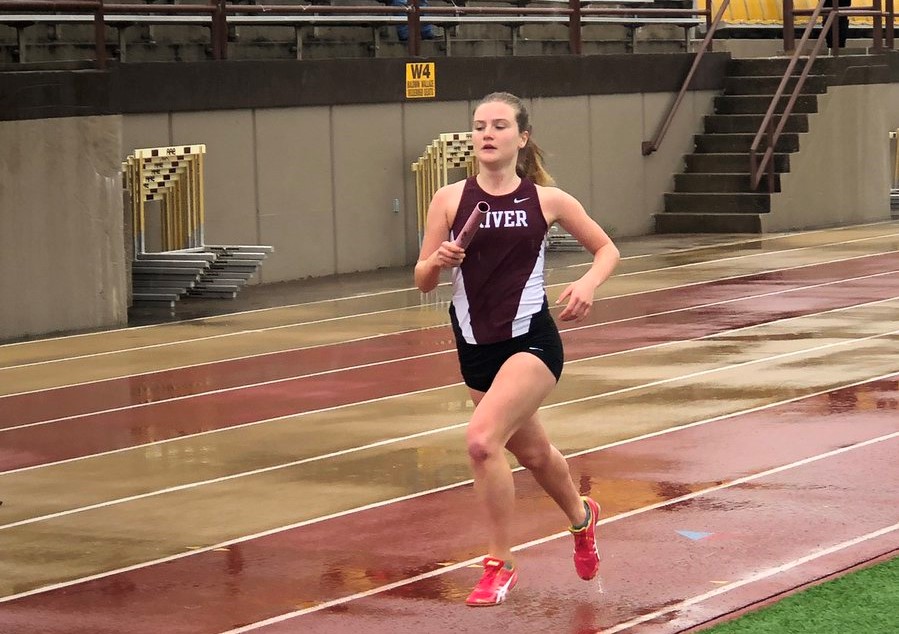 The River boys carded four points and the Pirate girls tallied 21 on what was a rainy day at Baldwin Wallace University’s Finnie Stadium. Sixteen boys’ teams and 17 girls’ squads scored points in the large-field meet.

The boys scored points in the discus-throw relay and the distance medley relay.

The River girls scored in both throwing relays (shot, discus), the long-jump relay, and the distance-medley, 4×400-meter, 4×1600, and 4×100 shuttle run relays. The girls’ 4×1600 quartet was a standout among the point-getters. With the efforts of Sam Coleman, Aoife Zuercher, Jane Murray and Katie Wojnowski, the Pirates crossed the wire in third, posting a time of 22:24.76.

PENN’ING HIS NAME AMONG THE BEST: Senior thrower Michael Sh 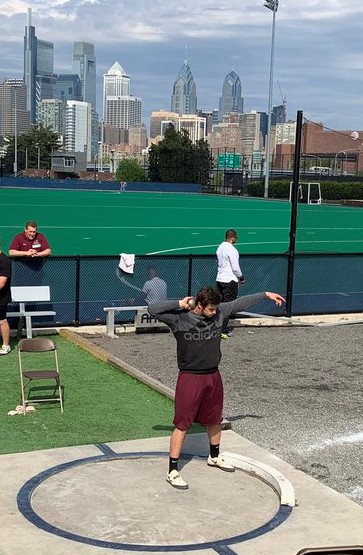 oaf competed at the 125th Penn Relays on Friday, and the 2018 Ohio state shot-put champion placed seventh in that same event in a field of athletes from all over the Western Hemisphere. The Pirate Cannon launched the 16-pound competition apparatus 57 feet-4-and-3/4 inches on his best throw. The prestigious meet is the oldest and largest track & field competition in the nation, hosted annually since April 21, 1895, by the University of Pennsylvania at Franklin Field in Philadelphia.

ONE WEEK AND COUNTING: The west-side Cleveland version of the Penn Relays is Rocky River’s own Bell Invitational. And the 44th annual “Bell” is set to ring on Friday, May 3. The event is named in honor of Jess Bell and the Bell Family Foundation.  Jess Bell was an active runner in several west-side running clubs and was a key contributor in the construction of the first all-weather track at Rocky River Stadium. The Bell Foundation also endows several Rocky River Education Foundation scholarships.