ROCKY RIVER, Ohio – As Head Coach Lizz Steinmetz termed it, the Pirates put together their first complete game of the season on Saturday. And complete River was plenty, as Rocky River defeated Toledo Notre Dame, 11-4.

“We put together a complete game,” said Steinmetz. “We’ve worked extremely hard on our transition 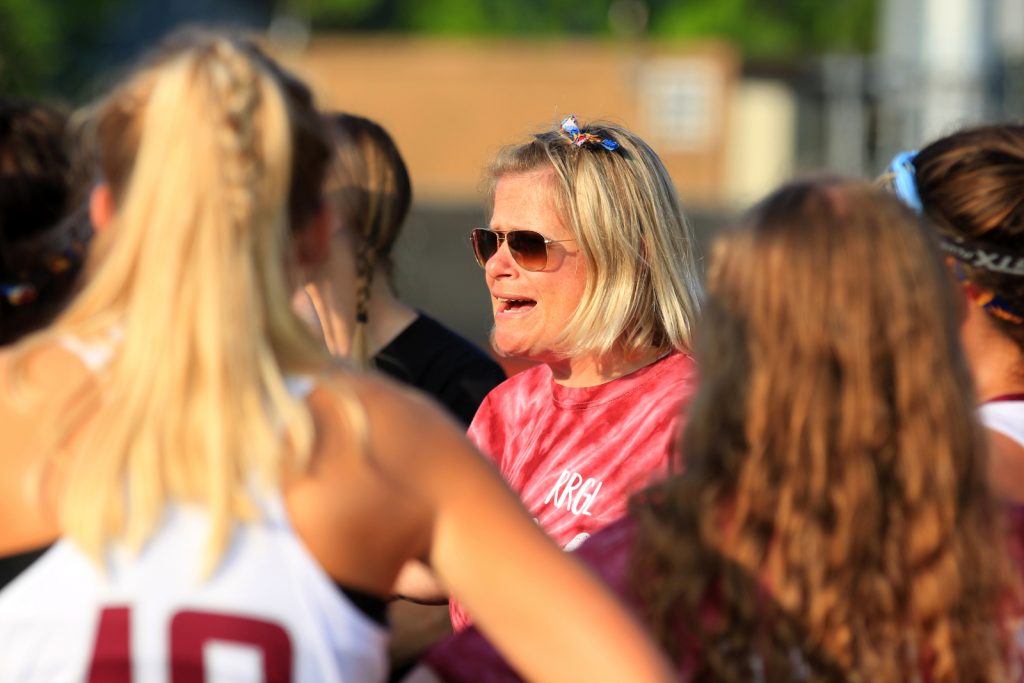 defense and crashing; I thought the defense did an amazing job with both of those things.”

On offense, midfielders and attackers possessed the pellet with few turnovers, pressuring the Eagles into numerous fouls inside the arc. Those fouls netted five free-position goals for the Maroon & White. Miller scored 3-of-those-5 as part of a three-goal, five-ground-ball, two-caused-turnover afternoon.

“Our attack did a wonderful job executing the offense and making smart decisions,” said Steinmetz, whose Pirates had been idle since April 13.

Solecki, who had two assists in the contest, scored the game’s first goal by netting her 14th of the season 48 seconds into the first half. In quick order, she was followed into the Eagle twine by Ellie Duncan and Sam Miller, as Rocky River built an early 3-0 lead. Notre Dame scored at 18:51; the River defense wouldn’t allow another Eagle goal until the final minute of the half. With freshman Hanna Burgess making three saves, the Pirates (6-5) went into halftime owning a 6-2 lead.

Kysela scored her goal on a nifty Avila feed at 23:23 of the second. The Maroon & White would endure a 15-minute scoring drought after that, but with the Pirate back line logging scoops and spills on half of Notre Dame’s possessions, that drought would cost them but one goal. River would outscore their visitors from Toledo, 4-1, over the final eight minutes of play. Exemplifying the Pirates’ play on the day, those four goals were scored by four different players.

Putting the “complete” in a complete-game victory.
CANNON FIRE …

STREAK SNAPPED: River’s first win since April 9 snapped a three-game losing streak. Over an April 11 loss and two more setbacks on April 13, the Pirates were outscored, 40-14.