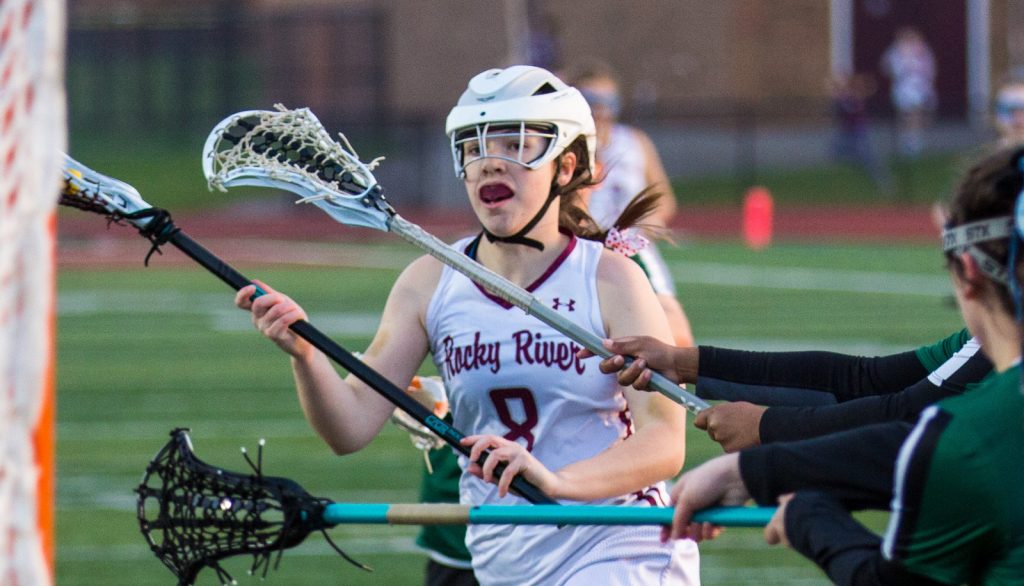 For St. Joseph (8-3), the loss marked its first since March 19. The Jaguars went into Monday’s cross-river tilt with an eight-game win streak in tow.

“This was a really tough game against a good team,” said Head Coach Lizz Steinmetz. “For a second straight game, we put together a complete performance.”

The Jaguars went into the game averaging 13.3 goals per game. A staunch River defense, backed by a couple second-half saves by goalkeeper Evie Kelly, three times in the game pitched scoreless runs of eight minutes or more. 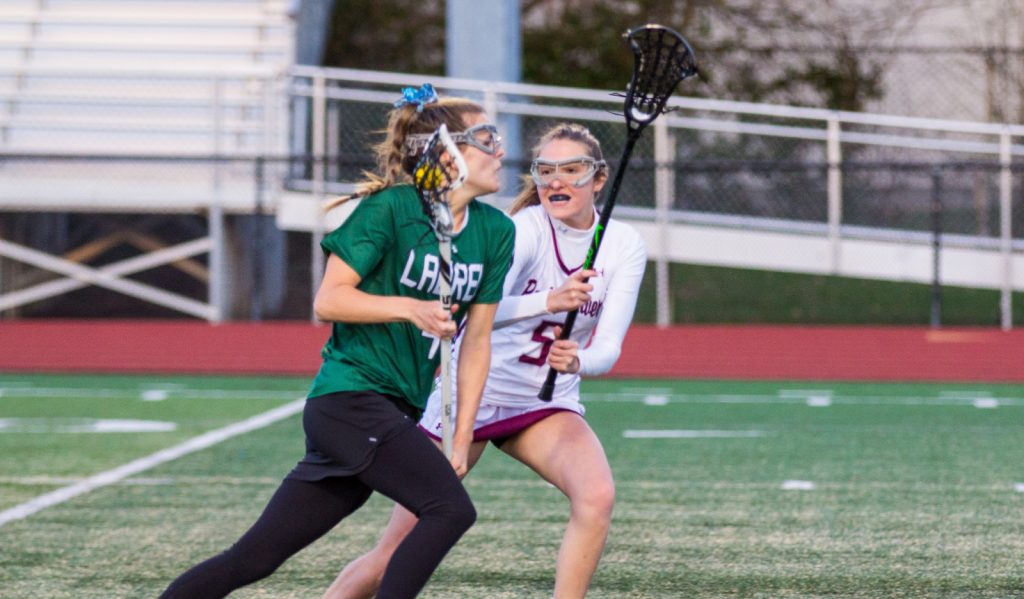 “The defense did a fabulous job,” said Steinmetz, whose Pirates have now yielded just 10 goals over the team’s last two games. “We fought hard on the draw and in transition. On offense, we made the most of our possessions.”

Senior Lauren Cain paced the River offense, with a three-goal, one-assist night. Cain now has 43 goals on the season.

It was Cain who scored Monday’s first goal, at 14:24 of the opening half. Seven seconds later, Gabrielle Avila added a goal off a draw won by Natalie Curry.

St. Joseph halved the River lead at 7:34 when Emily Langel scored a goal. The rest of the half was a 3-for-2 exchange in Rocky River’s favor (goals by Cain, Rachel Solecki and Ana Konrad), and the Pirates went into halftime leading, 5-3.

Ellie Duncan extended the River lead to 6-3 at 21:26 of the second half. Goals by Grace Mattimore and Allison Carson got the visitors within one (6-5) by the 9:35-mark.

Cain’s third of the game – at 5:14 – provided a measure of insurance. And that insurance policy was cashed: the Jaguars scored a goal in the final minute to close out the game at 7-6.