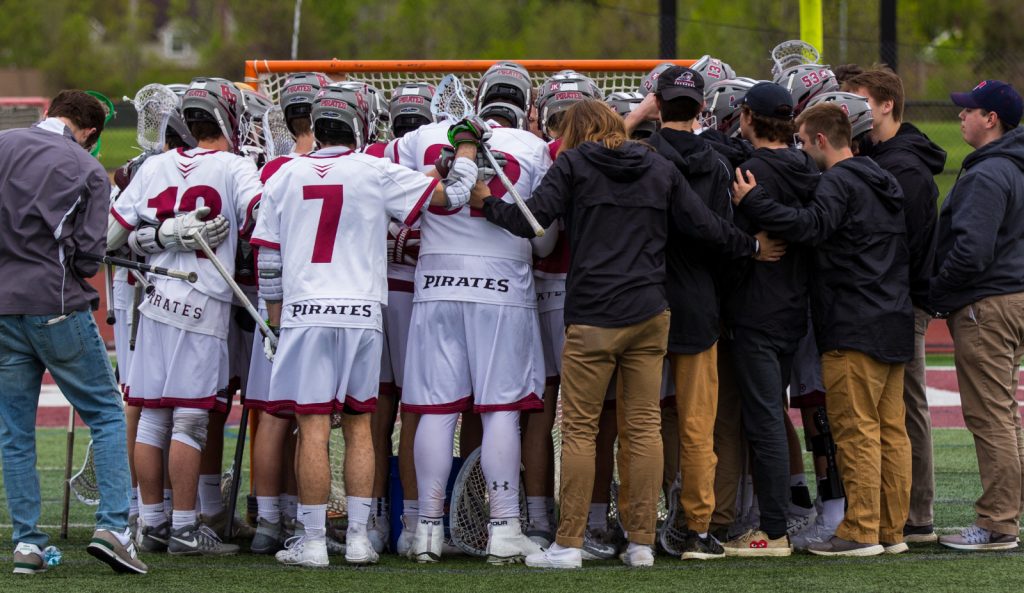 ROCKY RIVER, Ohio – Rocky River closed out its 2019 season on the wrong side of a hard-fought 13-12 battle against Ottawa Hills on Monday night.

The visiting Green Bears connected on a desperation last shot as time expired in the fourth quarter, turning a would-be overtime game into a Northwest Region bracket victory in early-round Ohio DII Boys’ Lacrosse Tournament action. The goal – off the cross of senior Joe Boesel – marked Ottawa Hills’ sixth of the final period. The Green Bears outscored the Pirates, 6-3, in that final frame.

The final frame of the 2019 season for the Sons of Blackbeard. 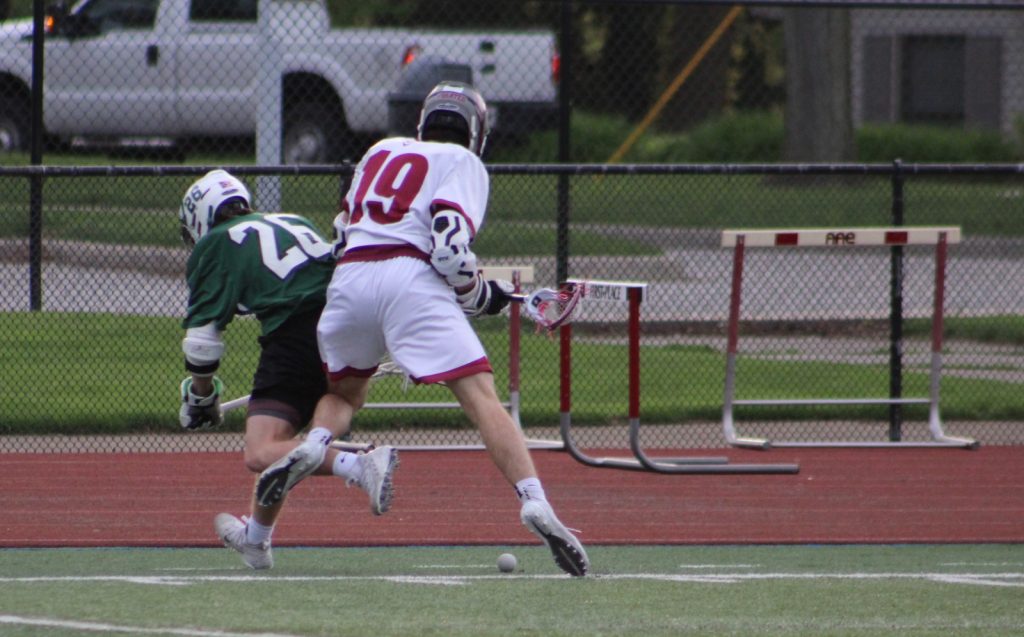 Heroics all over the property.

Shots that banged off pipework … and – remarkably – three in the game (two by Ottawa Hills, one by Rocky River) – that were temporarily deflected by a keeper of the cage, only to have the spinning sphere inch over the goal line, almost as if in slow motion. A lightning-fast game coming down to moments that seemed to click by, frame-by-frame.

The final goal of the game was one of those three, meaning after 48 minutes of hard hitting, jousting crosses, matching wits against changing defensive schemes, some crisp passing, and some not-so-crisp, the Pirates and Bears were separated by one goal. By just inches. By just one fraction of a second.

In the first quarter, it was Ottawa Hills that struck first, getting a Jake Sigler goal in the second minute. 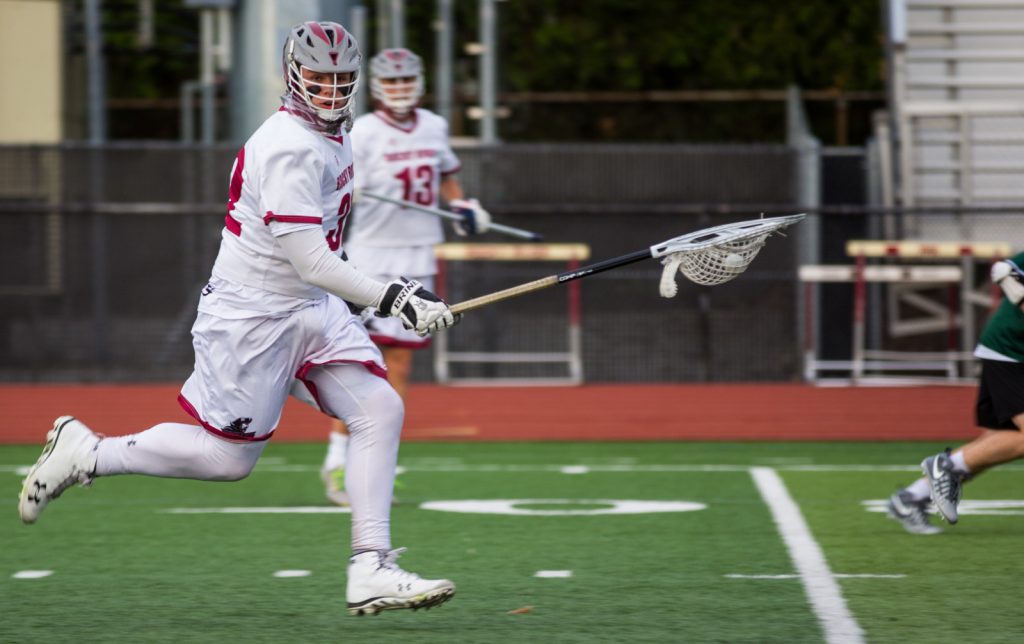 Rocky River (11-5) bounced back with four unanswered netfinders the rest of the period to take a 4-1 lead. The Pirates scored two of those goals in the final minute of the opening quarter.

The second quarter was an even exchange – in shots, quality of play and on the scoreboard. The two sides splits six goals don the middle, and the host Pirates went into halftime leading, 7-4.

The Green Bears wrested away the momentum of the contest in the third. Goals at 9:57, 9:04 and 1:33 evened the postseason affair – the third between the two programs in as many years – at 7-7. The Pirates, however, closed out the third period in style.

A tremendous effort from Hayden Weaver – darting around the edge from behind the cage and placing a pin-point shot behind Ottawa Hills goalkeeper Ethan Krupp, who had been magnificent in the third – put the Maroon & White back in the lead at the 55-second-mark of the third. A swashbuckling theft by Logan Fortune set up a nifty Will St. Pierre goal 27 seconds later. And the lead was back to multiple goals: the Pirates led the Bears, 9-7, heading into the fourth.

With dark clouds rolling in and a light rain starting to fall at Rocky River Stadium, the two sides were about to enter a rock-‘em-sock-‘em, no-holds-barred, all-hands-on-deck exchange in the fourth. The 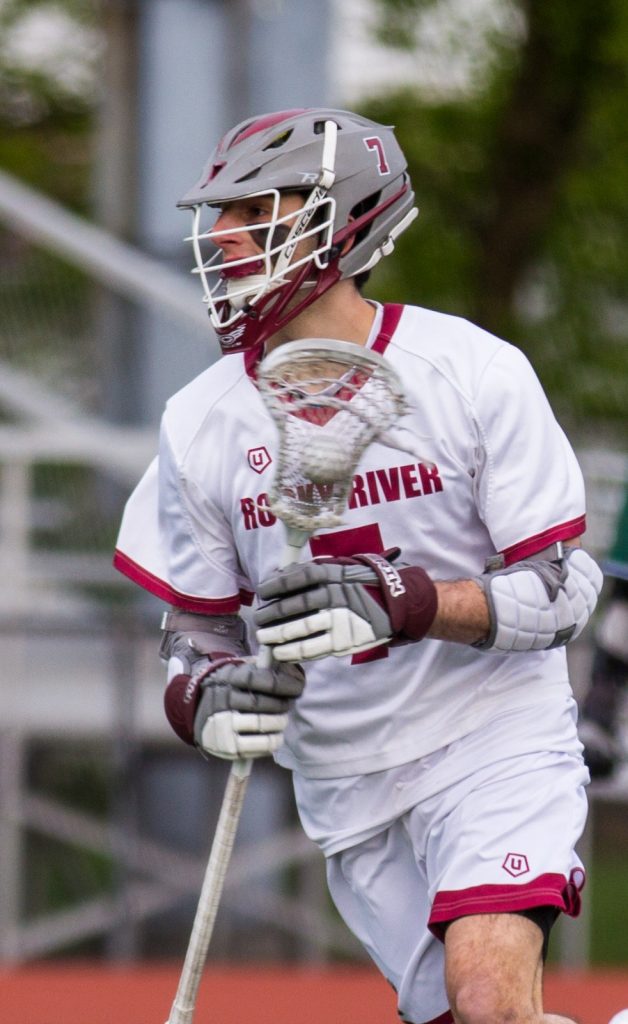 Pirates fired the first salvo when, off the quarter-opening faceoff and a series of shake-and-bake, stutter-step dodges in and around traffic, Andrew Snow whipped his third of the game into a mist-coated Bear cage at the 11:45-mark. The River lead had been upped to three (10-7).

And then a trade of goals: Matt Mintun with his third of the night at 9:46; Nate Robertson with a Pirate counter at 8:45. But then another Bears goal at 7:31, a pair of costly River penalties at 6:16 and then an Ottawa Hills man-up goal at 5:10.

Less than two minutes later, Mintun landed his fifth of the game, and the proceedings were knotted at 11-11. The lead swung over to the Bears at 1:53. And then Weaver tied it with his third of the contest when he scored off a Fortune feed at the 56-second mark.

All the while, Snow was winning midfield draws at an impressive clip. The junior captain would go 9-1 over 10 faceoffs in the quarter. Snow won the draw after Weaver’s goal, and the Pirates did get two shots at taking a 13-12 lead. But neither connected.

As time circled the regulation drain, Ottawa Hills looked to hurtle the pellet – and bodies – downfield for perhaps one final shot before time expired. Boesel would loose a long desperate shot just before the clock hit triple zeroes. And that shot made it where it needed to go. Not without a jab and an apparent stop by Jack Rossi, but it made it over the goal line.

And then onto the scoreboard.

And then to a place further right in the postseason brackets than Rocky River would advance.

And eventually, into the final record. An instant classic. But a) not one without pain to endure for the Rocky River Pirates, and b) there is nothing “instant” about working through weeks of late-winter practices at 5 a.m., practicing in all kinds of weather, working in weight training and film sessions, going through team-building exercises, and emotional days that tested a brotherhood. And more practices. And wins. And losses. And more practices. And then a final loss.

And nine crosses and helmets stowed for a last time. Many 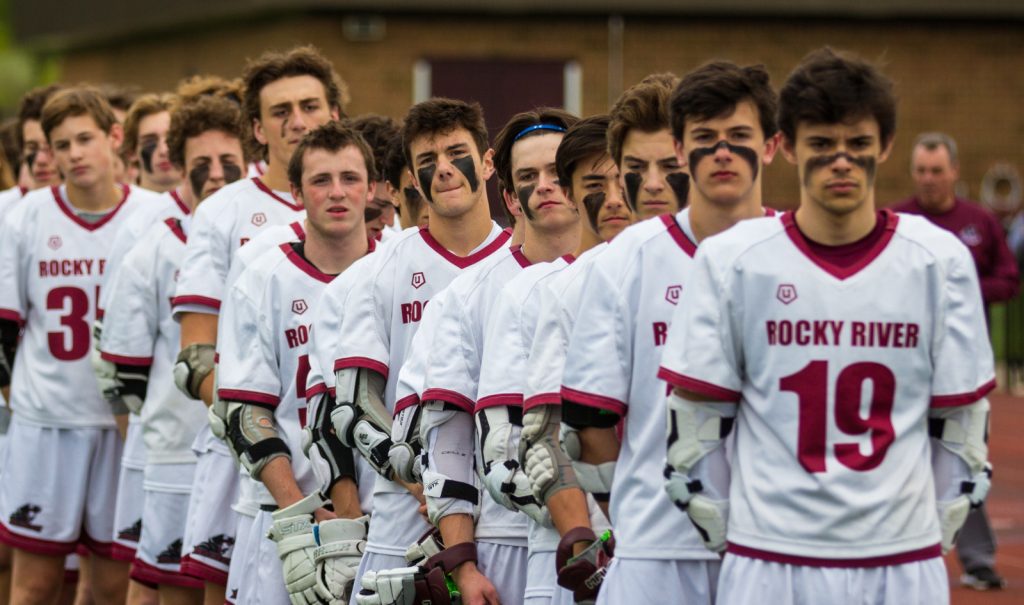 more shelved for a short while but destined to return next spring.

The long line of Pirate colors and swagger, extending from players past who sported the Maroon & White – some back now as coaches – and the struggle together, complete with doses of glory and humility – with measures and timing of each that frustratingly can’t be controlled – is what’s classic.

And that continues for Rocky River Lacrosse. 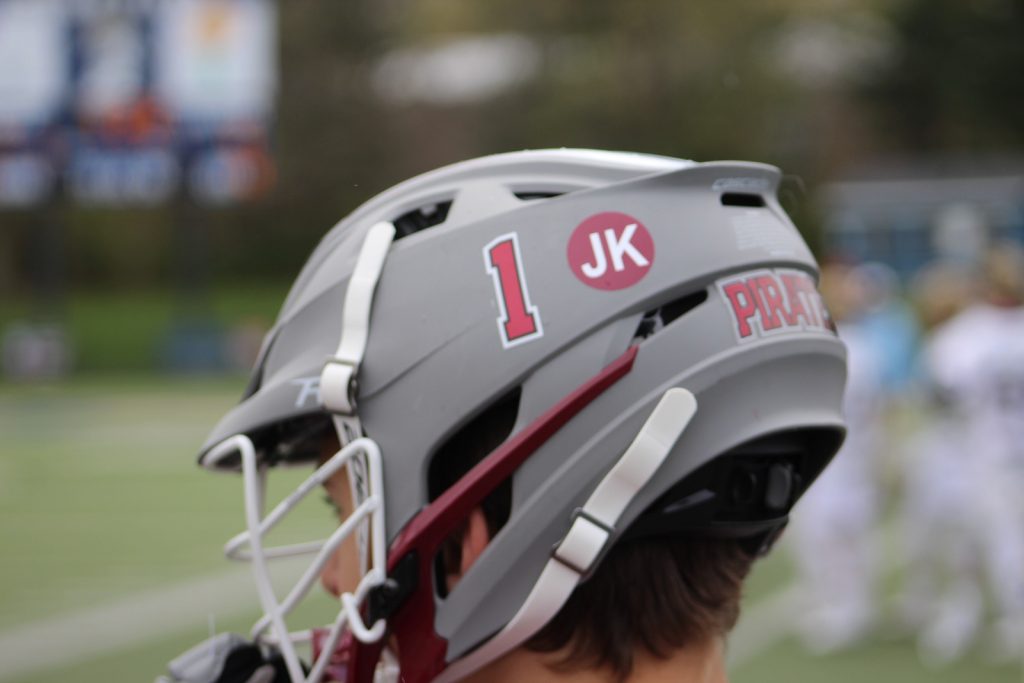