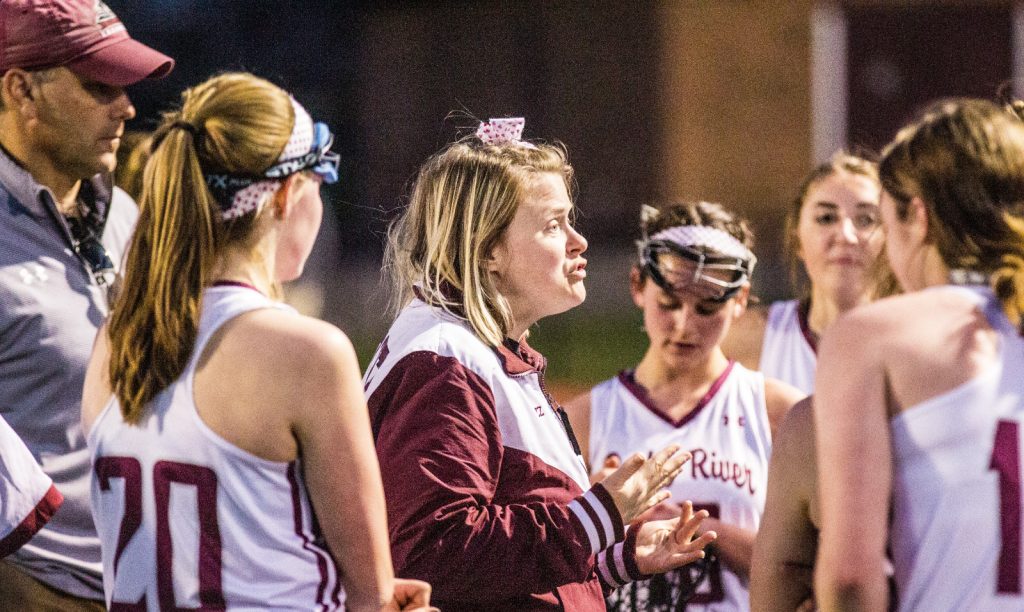 ROCKY RIVER, Ohio – A big effort from the back line delivered Rocky River to a 10-3 victory over Sylvania Southview in an early-round Northwest Region game in the Ohio DII Girls’ Lacrosse Tournament on Wednesday evening.

A swashbuckling Pirate defense forced turnovers at a furious rate, and that defense was backed by goalkeeper Evie Kelly who had a big night between the pipes. River’s offense was solid in spurts, especially in the first half, and was a diverse one with five different players finding the back of the net. 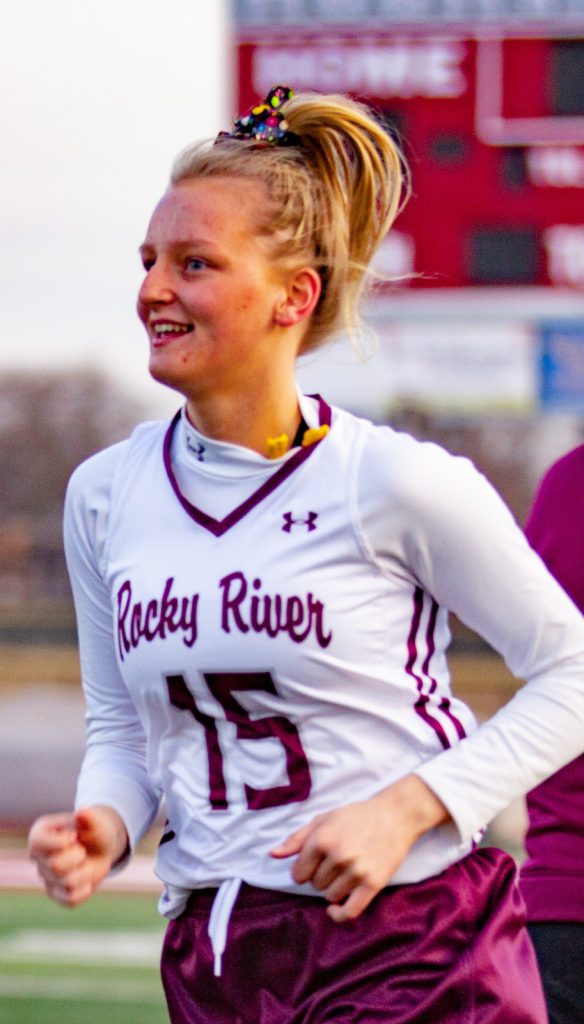 “It was a great effort by everyone tonight,” said Head Coach Lizz Steinmetz. “We had some early-game struggles on the draw, but we made adjustments and continued to battle. Kailey Budzar really set the tone on defense for us.”

Budzar’s work helped flip well over a half-dozen Cougar possessions in the contest. The junior defender was credited with five caused turnovers. The lion’s share of those were a one-woman show, with Budzar halting an advance, spilling the pellet, and then making the ground ball pickup herself. The athletic defender registered five ground balls in the game. The Pirates were tagged with a season-high 15 caused turnovers as a team.

Rocky River’s defense put a clamp on the Cougars’ clearing efforts, and Pirate defenders and midfielders alike were aggressive looking to regain possession of the ball. On turnovers forced in their own done, the Striped Buccaneers were efficient in passing and running the ball upfield. On one such play in the second half, a turnover was forced by Grace Willse near the sideline, some 40 yards right of Kelly in her cage. Four passes later – tic-tac-toe efforts from Willse to Budzar to Ella Nejad to Ana Konrad to Ellie Duncan – the ball was in a sprinting Duncan’s cross as she darted toward the Southview goal, finishing with an exclamation-point-goal. One assist was handed out; four were earned .

Senior captain Lauren Cain was in on more than a few hustle plays that extinguished Cougar possession time or extended time for the Pirates. Cain, Willse, Duncan, Sam Miller and Allie Kysela all registered “doubles” — quick stick-work plays that resulted in spills and scoops garnered by the same player.

The Pirates (11-7) opened the game with five straight scores. Two of those goals came courtesy Kysela, 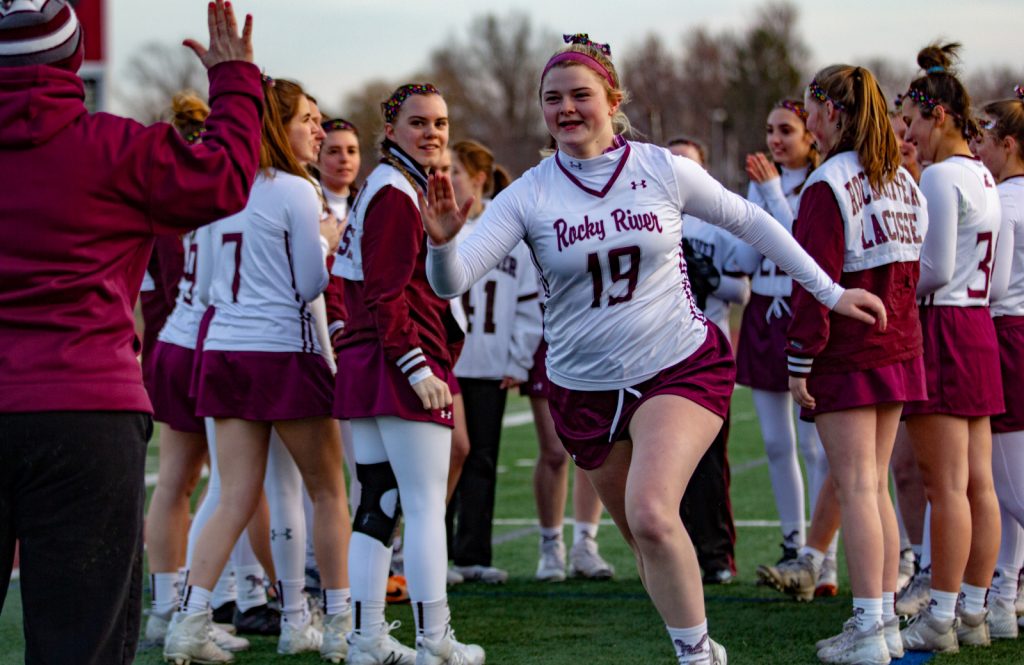 who would go on to score once more in the second half to net three in the game. Lauren Cain scored two goals – her 72nd and 73rd of the season — in a first half that saw the home side outscore the visitors, 7-1.

The Pirates traded two goals over the first few minutes of the second half, but the River defense – with Kelly providing a couple circus-act saves in net – then pitched 18 minutes of scoreless lacrosse to get the Pirates close to the finish line with a comfortable lead. The Cougars’ final score of the evening came at the 1:54-mark.

“Evie had some amazing saves for us tonight,” said Steinmetz of the River ‘keeper who logged seven saves, three ground balls and a caused turnover.

And now the Pirates and the ball-hawking defense are headed deeper into the Northwest Region brackets. Rocky River will play the winner of Thursday’s Revere-Maumee Valley match-up on Saturday.

That contest (time TBA) will be on the road, so Wednesday’s tilt marked the final event of the school year at Rocky River Stadium.