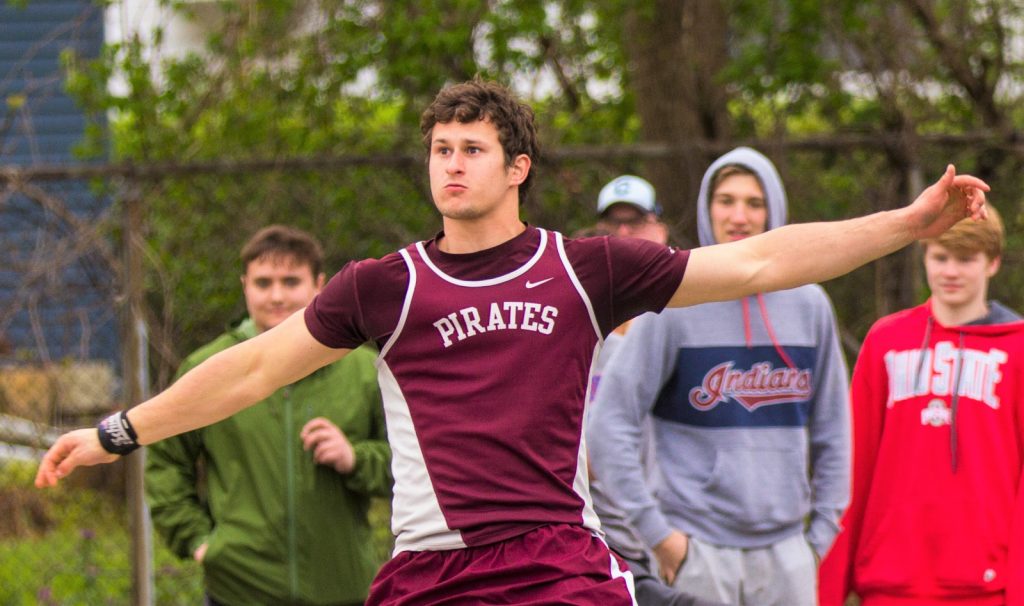 Shoaf is now a three-time state qualifier in both the discus throw and shot put. The defending Buckeye State champion in the shot put leads a cast of six Pirates now bound for Jesse Owens Memorial Stadium on the campus of Ohio State University in Columbus. On the boys’ side, Shoaf will be joined by fellow senior Daishaun Hill, who qualified in the high jump. On the girls’ side, Rocky River will send the quartet of Sarah Mazzei, Lee Hornig, Lydia Brandt, and Leah Schellentrager to Columbus; they qualified in the 4×200-meter relay.

In the region title meet in Amherst – with events held on Wednesday and Friday, the River boys carded 28 team points to place seventh. The Pirate girls scored nine points and placed 22nd.

In the boys’ competition, Rocky River earned points in the 110-meter hurdles (Hill—sixth) and high jump (Hill—fourth) in addition to Shoaf’s pair of 10-pointers. Hill’s leap of 6-foot-2 was the mark that earned him a tag for the state meet in the high jump. He placed ninth in the same event at the 2018 regionals. 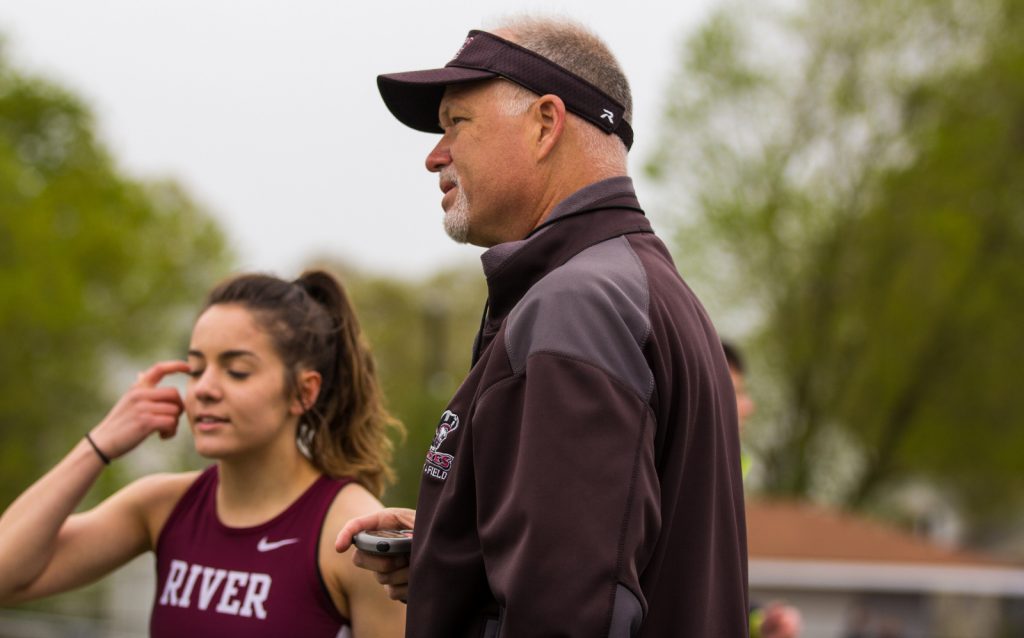 River’s state-qualifying 4×2 foursome blazed their 800 meters in a time of 1:45.49. That same group improved six slots in the race – they placed 10th at the regional meet a year ago.

10-POINT BUC: Michael Shoaf won the region discus title with a throw of 179 feet-7 inches. He completed his sweep for the week by hurling the shot 60 feet-08-1/2 inches, five feet further than the eventual silver medalist. He was twice decorated on the top step of the podium this week, and that’s nothing new for the dual-sport athlete (football). In the month of May alone, Shoaf has swept discus and shot gold at the Bell Invitational (May 3), Great Lakes Conference Championships (May 8, 10), District Championships (May 15, 17) and now the Northwest Region Championships.

RIVER STATE-MENT: The state title meet will be held over two days next week, Friday and Saturday, May 31-June 1. The Ohio high school championship meet dates to 1908 and is the oldest state event in Ohio high school athletics. The meet is the source of Rocky River High School’s first state titles (Boys’ Track & Field—1923, 1924, 1927). … Prior to Michael Shoaf garnering gold at last year’s state meet, River Track & Field athletes had won 13 individual state championships. Eleven of those were in the 1920s and the most recent on the boys’ side was Bob Mau winning the 3200-meter run in 1982.