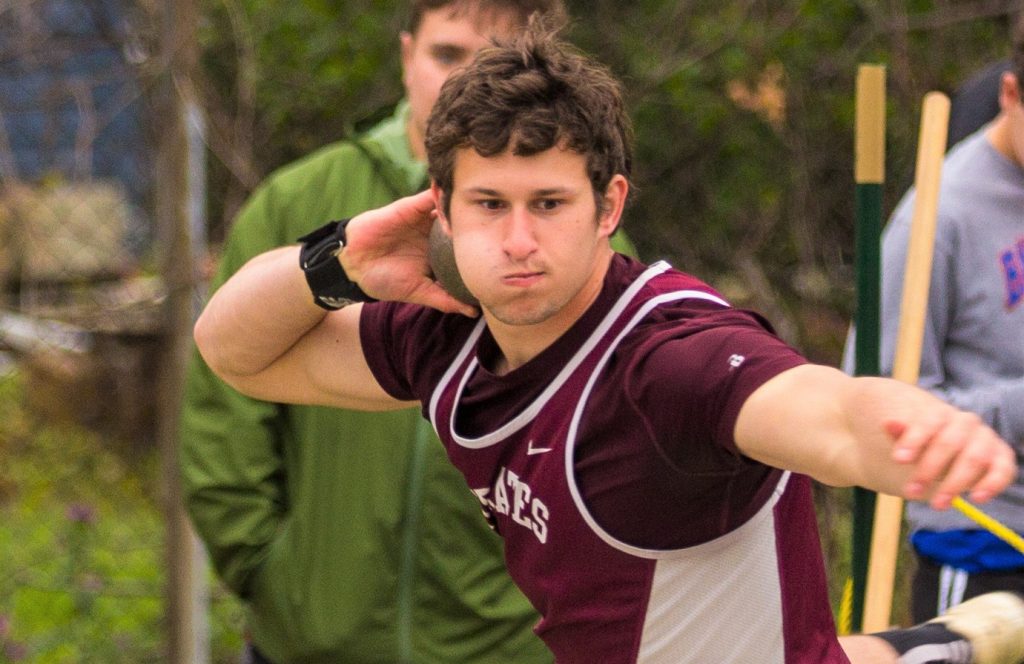 COLUMBUS, Ohio – Michael Shoaf earned state silver in the boys’ shot put early Saturday afternoon and then competed as a first-flight finalist in the discus throw late in the afternoon. Shoaf would finish third in that event, closing out one of the most decorated careers in the history of Rocky River Track & Field. His performance highlighted River’s participation in the 2019 Ohio Division I Track & Field Championships [results].

Also competing for Rocky River in the Buckeye State title meet were Daishaun Hill, whose recent 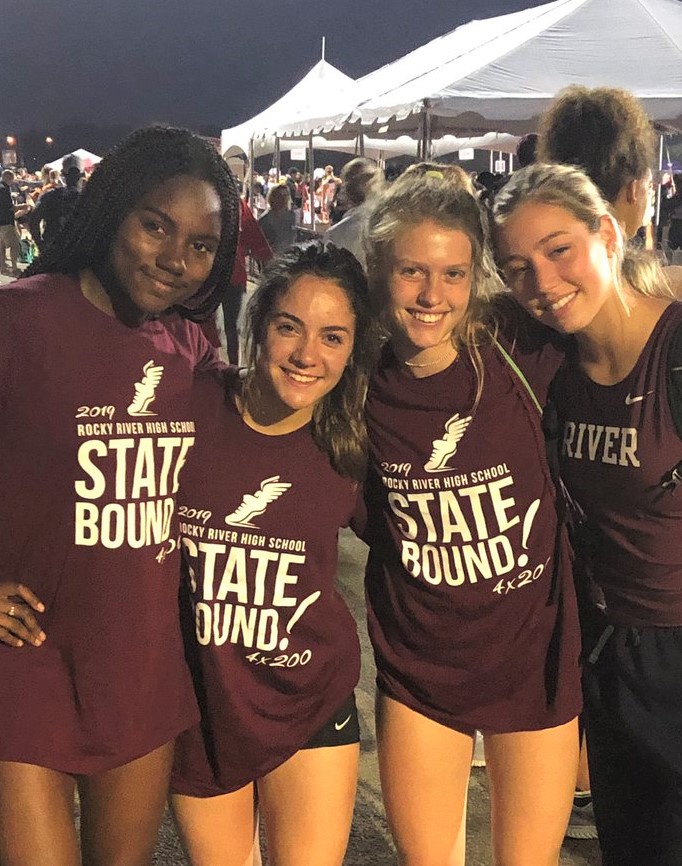 program top-10 performances qualified him into the boys’ high jump, and the quartet of Sarah Mazzei, Lee Hornig, Lydia Brandt, and Leah Schellentrager, who qualified for Columbus in the girls’ 4×200-meter relay by blazing a school-record time in that event at last week’s Northwest Ohio region meet. Hill registered a 17th-place 6-foot-2 performance on Saturday. The girls’ 4×2 carded a time of 1:47.47 in Friday’s preliminaries.

Michael Shoaf’s defense of his 2018 state championship in the shot put was held Saturday at noon. Shoaf’s third effort produced a measurement of 62 feet-and-8 inches; it would be his best of the event and be 3-1/2 inches short of a toss by Madison senior Nolan Landis, who went on to win the event. In the discus throw, the Pirate Cannon unleashed a 178-foot effort (178-03) out of the gate. It would stand as his best and end up as third best, behind Landis (191-11) and Brecksville senior Tanner Watson (188-08), in a talented field of veteran athletes.

Silver and bronze for the Pirate treasure chest.

Saturday’s visits to the podium steps were special because they were logged at Jesse Owens Stadium, and the steps earned were against the best in the Buckeye State and in the oldest state event in Ohio high school athletics. But they weren’t exactly the first steps hopped upon by Shoaf, a multiyear standout on both sides of the ball for Pirate Football and certainly a remark 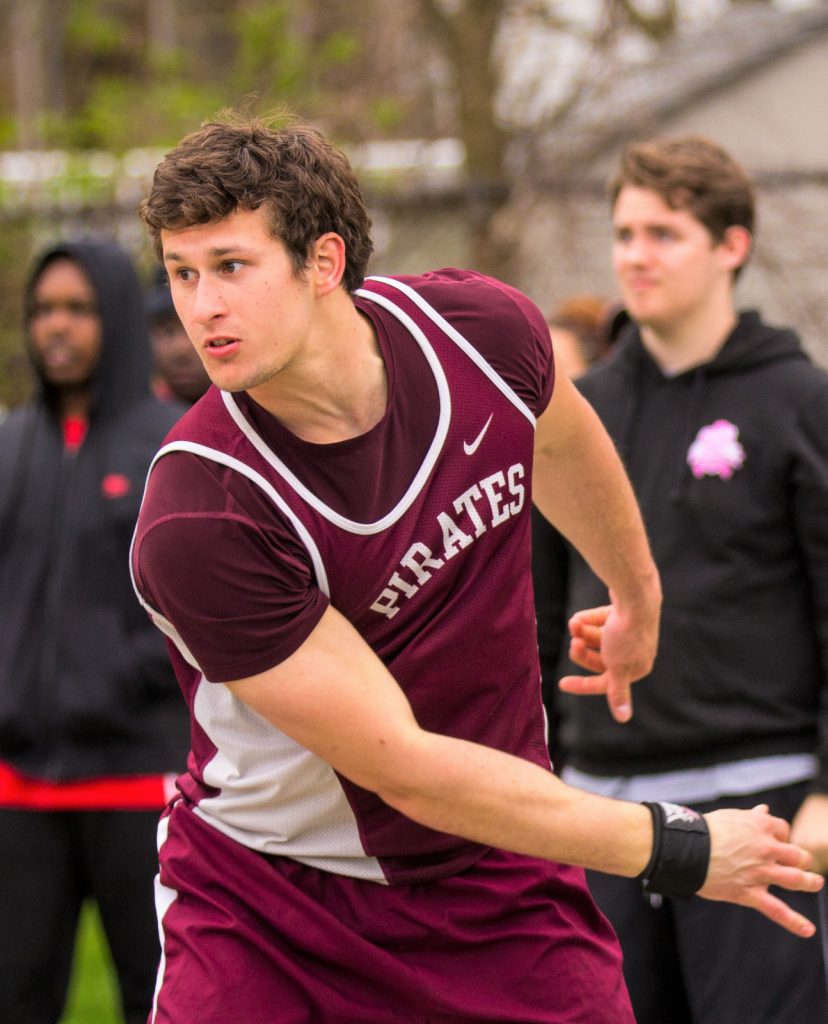 able thrower for the River Track & Field corps. The Pirate Cannon leaves the program as its record holder in both the shot and discus … as a three-time winner of both events at the Great Lakes Conference Championships … a five-time champion (shot three, discus two) at the region level and at the district level … a seven-time champ (shot three, discus four) and shot-put record holder at Rocky River’s signature meet – the Bell Invitational … a five-time (shot two, discus 3) winner at the Avon Lake Invitational … a six-time (three each) champion at the Trinity Invitational … and a five-time occupant of the medal stand in the state meet.

That’s not even an exhaustive list. But it is a lot of podium steps. A tremendous number of steps, one after another, year after year. Enough steps to get one from, say Rocky River, all the way to South Bend, Ind.

That’s the Pirate Cannon’s next port of call, where he will compete for the University of Notre Dame.

The luck of the Irish. The hard work and dedication of Michael Shoaf.